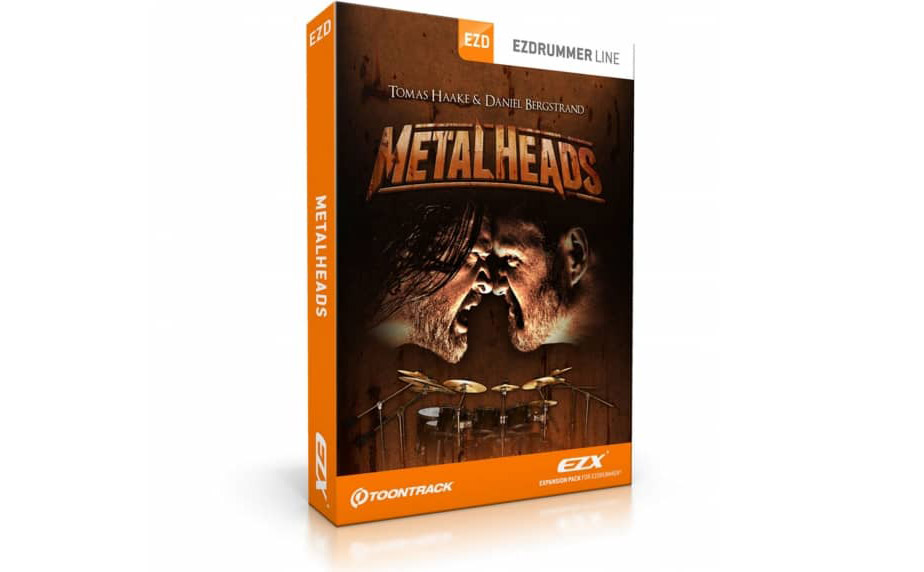 One world-renowned drummer, Tomas Haake, member of the extreme metal band Meshuggah. One in demand producer, Daniel Bergstrand, whose mixing and producing credits include the likes of In Flames, Strapping Young Lad, Soilwork and Meshuggah, just to name a few.

Two incredible drum kits, assembled and recorded to metal perfection, ready to bring your metal productions to the next level. And, for the first time in Toontrack history, we’ve included Separate mix channels in the EZdrummer mixer, containing kick and snare drum samples designed by Daniel Bergstrand, that augment these already amazingly recorded drums.

Twelve classic Meshuggah songs, captured flawlessly via MIDI by Tomas Haake himself, organized both as full songs as well as song parts so you can customize, dissect and use his grooves and drumming brilliance to inspire or create your next grand metal composition.

This is the next step in the evolution of metal drum production tools.