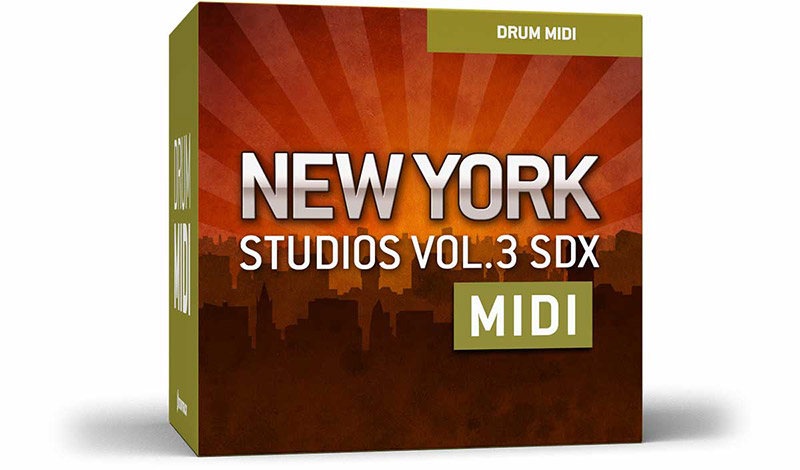 THE FINAL CHAPTER.
In the concluding chapter of the New York Studios series, drummer Nir Z paints with broad strokes and delivers a highly versatile battery of drum grooves and fills.

This MIDI pack comes from the much anticipated continuation of Toontrack’s New York Studios Legacy series, focusing on capturing the best studios in the New York area.

Nir Z, the drummer behind the project, is an in-demand session drummer that has played and learned to master a wide variety of styles over the years. He’s toured or done studio work with artists like Joss Stone, Genesis, John Mayer, Jason Mraz and Chris Cornell. Quite frankly, Nir Z is the ultimate definition of a well-rounded studio drummer – something that is obvious in this MIDI pack!

This collection includes a wide array of grooves and fills, covering anything from ballads, mid tempo rock, funk and reggae to jazzy swing and uptempo trainbeats!