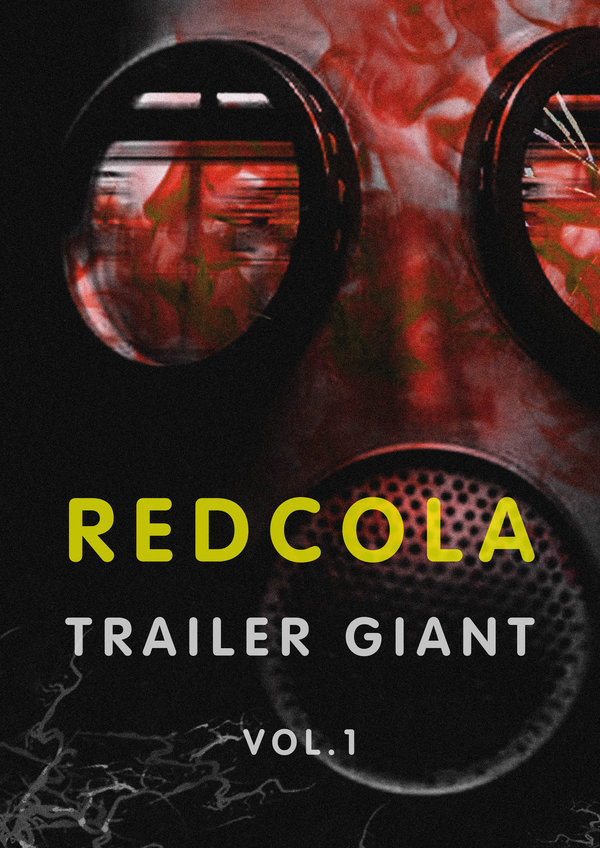 The world’s first purpose built trailer tool-kit designed by giants in their field; REDCOLA. This treasure chest of sonic armageddon is powered by Spitfire’s tweak-friendly eDNA engine and is sure to add your games, film/TV, advert, trailer music the searing redCOLA edge you’ve been looking for.

Compiled from 100s of hours of material this carefully curated bumper volume of sweeps, rises, falls, atmos, hits, pads and ‘moments’ will be your go-to pack of goodies whenever you’re looking for mind warping, jaw dropping transitions, when you’re looking to inject adrenalin into your cues, when you really need to take things up a gear. Naturally ideal for trailer use, the Spitfire team has already been using these amazing sounds on ads, hybrid movie and TV scores and with particular success on some major computer games scores.

redCola is an independent music production company based in Hollywood, California. It was founded in 2002 by Jonathan Paul & Damir Price and primarily focuses on music composition and licensing for film, television and advertising. The company’s independence enables it to quickly respond to both creative and business challenges and allows it to thrive in the new era of music industry.

Since its inception, redCola has branched into 3 main areas – Trailer Music, Production Music and licensing representation for Recording Artists.

​Upon the release of their first CD for Film Trailers, RedCola has released 6 more volumes in the Glitched Witched and Zipped Series. Orchestral, percussive, and rock and electro hybrid volumes have recently been added to the library.
​
redCola Music regularly contributes to both major studio blockbuster releases as well as a great deal of independent releases.

After a series of exciting Skype meetings between the heads of redCola and Spitfire, work was undertaken on both sides of the Atlantic, with RC feeding SA sounds and SA feeding back ideas to RC. RedCola plunged into it’s archives of 12 years worth of award winning trailer-making to curate the definitive tool kit for future generations of dynamic music-makers. The guys at Spitfire took what they received from California and sent it through some of their more “English” signal warp chains to make the ‘Trailer Giant’ volume 1 a truly awesome collaboration of like-minded craftsmen albeit located an ocean and a continent apart.

Whilst working on Trailer Giant, Spitfire developed the eDNA engine for it’s definitive “Earth” catalogue. The many months of work that went into this ingenious interface convinced the Spitfire crew that future releases could become eDNA ‘cartridges’.

Spitfire are honoured that redCola’s ‘Trailer Giant’ pack is the first product and 3rd party dev to receive it’s own custom skinning of the engine. Spitfire believes that eDNA provides the best possible way of taking redCola’s amazing sound set and warping them beyond all recognition.

It’s going to be a fun ride!

With over 939MB of unique sounds, warped into 6598 unique instruments and 84 presets, containing 3756 different combinations of sounds from the Spitfire Audio design crew, see below for a break down of how this stunning library is organised.

Over the last seven years Spitfire – in partnership with Blake Robinson – have been creating some of the most intuitive and ingenious scripts, simple to use GUIs and attractive front ends. A year ago, we wiped the script clean and set about creating a monster of a new script engine. This we call eDNA. Two sets of sounds can be used in conjunction with the eDNA engine to quickly, dramatically and awesomely create a new audio experience for the next generation of music makers.

The world’s first purpose built trailer tool-kit designed by giants in their field; REDCOLA. This treasure chest of sonic armageddon is powered by Spitfire’s tweak-friendly eDNA engine and is sure to add your games, film/TV, advert, trailer music the searing redCOLA edge you’ve been looking for.