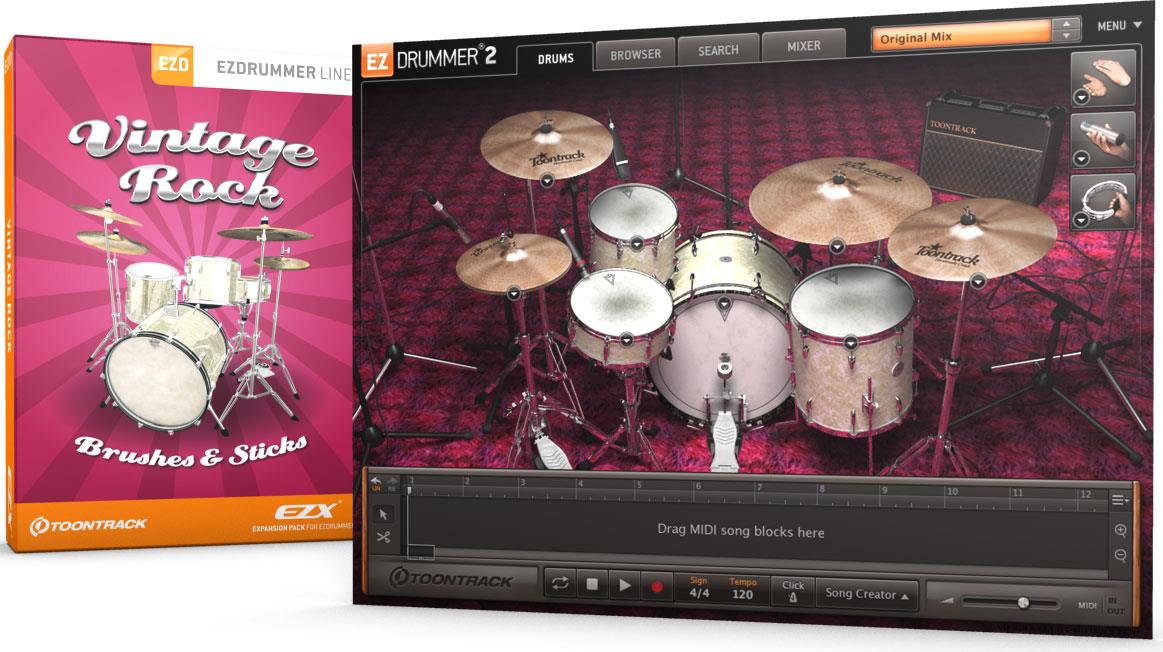 The Vintage Rock EZX is based around one of the world’s most classic, timeless and famed drum kits, the legendary Ludwig* Keystone. Starting in the mid 1960s, this classic and forever timeless set of drums was immortalized by a long string of influential artists and drummers like The Beatles’ Ringo Starr and John Bonham of Led Zeppelin.

It was recorded in London’s noted 2 Khz Studio by engineer Peter Henderson and drummer Chris Whitten. Peter started his career training exclusively with legend Geoff Emerick (The Beatles), worked alongside producer Sir George Martin for numerous sessions, went on to record multiple million-selling albums and won a Grammy for Supertramp’s “Breakfast in America”. Chris Whitten is an acclaimed drummer that has recorded and toured with some of the biggest artists of all time, such as Dire Straits and Paul MacCartney.

Aside from the main kit, that was sampled with both sticks and brushes, the Vintage Rock EZX includes an additional Ludwig* Black Beauty and Slingerland* Radio King snare as well as a number of extra cymbals. The included MIDI was performed by drummer Morgan Ågren.